Forgive the attempt at of poor use of the Dr. Strangelove title, it’s just that I had written a draft of this post with the singular title of Fashion Project Update. Here is a revised version:

I just thought I would write a post with an update. It took a little over two weeks for Fashion Project to process the donation once received. A couple of correspondences revealed that they do not send a confirmation of receipt email and they were indeed backed up from donations. Happily all of my donations met the requirements and as a reward I am to be sent a Nordstrom gift card. Which is great because the Anniversary sale is forthcoming.

I have another bag packed and ready to ship, yet I am still hesitating. I have two reasons for my hesitation. One is that I am not positive I am ready to let go of the items as they are attire from a long gone and missed time of my life. I think letting go of these things signifies my letting go of part of me and it makes me sad. And I wonder if I will regret it, I know when the time comes I will just buy new clothes then, but that doesn’t console me as doubt seems to plague me.

And there were my issues. I think I’ve resolved them, because that’s the best thing to do when you have a problem is to solve them. Initially I was annoyed a little at the selling price, given how much you spend, but you have to let it go. It is what it is. I was also wondering about how much money the charity receives percentage wise. It was around 30%, I know that they have costs to cover and well you just have to accept that and let it go too.

Now for my personal hesitation. After chatting with a great rep I realized that I am not the only one who wonders if they are ready to part with items. She gave me some good advice:

Once you send it off the sadness goes with it.

I thought that was a wonderful way of looking at it. It gave me the courage to take the parcel to the post office. It also reminded me of Chinese belief a friend once told me about. She said that when you give away something with bad luck you are also giving away the bad luck, or something along those lines. I believe that a lot of things are weighing me down. After I dropped off the package I felt a lot lighter and a bit more accomplished. Now to weed out some more things. Matter of fact I just ordered some more things online for the summer. My closet has never been bare, I doubt that I will ever get to that point. But believe that I can streamline my situation. I hope to be able to fit everything in my dresser. We shall see.

On another note, I heard this song last night and was trying to remember it. I looked it up and could not tell from their playlist which one it was, as it was a satellite radio station. I finally figured it out tonight. I have the CD, what beautiful luck. I can’t believe I couldn’t remember off the bat. So here it is…

That intro is just fantastic, and to end it with that piano, amazing. 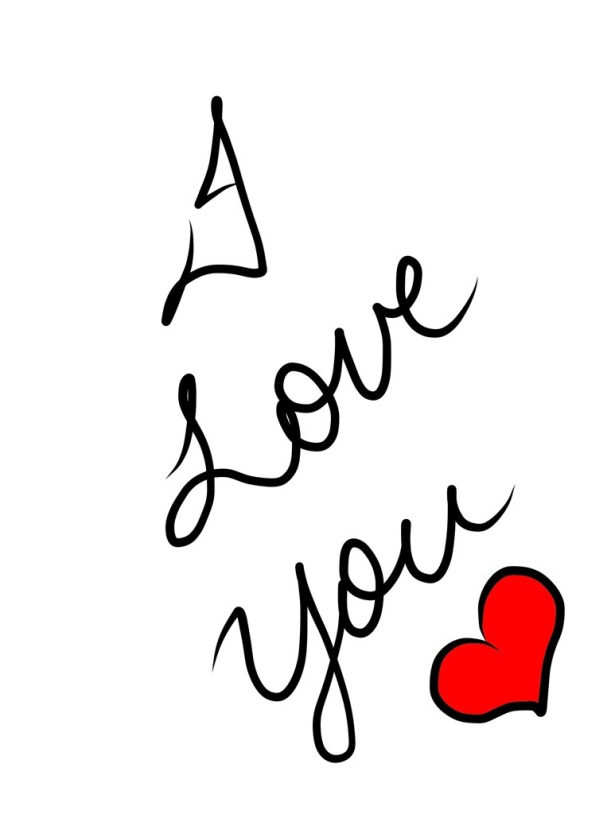 I have heard that cursive is going to be obsolete. Which is quite sad, is that what happened to calligraphy? Maybe not, since calligraphy is a stylized way of writing. Maybe that is what will happen to cursive, it will be relegated to the font-o-philes who cherish all aspects of typography. I would be one of those special folks, I do enjoy typography as an art form. This post is making me think that I should take up calligraphy again.

There is something pretty about it, although my writing is not great (as evidenced by my chicken scratches above), but when done properly it is beautiful, dignified and elegant. I think  it is quite special because there is something quite distinctive about each letter written. When I think about it, there is something so personal about handwriting and by extension handwritten notes. There is something wonderful reading a letter from a loved one. I tend to save them, it’s one of the sentimental things I can not bear to part with. I am not so sure that I would save a text as LOL doesn’t communicate real sentiment. Emoticons are cute and fun, but sometimes a thoughtfully jotted letter can make one’s day feel that much brighter. I wonder if there is a campaign to revive the handwritten letter, if so where can I sign.